Abstract: Performing point-based land cover/use analysis traditionally compels converting thematic clusters into representative points located at their corresponding centroids. Yet, various spatial analyses require to grid thematic maps into smaller regular geometric grids such as square and triangle, where the attribute of the dominant land cover/use class is assigned as the grid value. Hence, the class is represented geometrically via the selected gridding system and the accuracy of the later intended spatial analysis is altered. Moreover, the grid size that provide acceptable errors within determined thresholds for each grid is also utmost importance, since it is necessary to represent the original land cover/use thematic, to reduce the complexity and computing time of the analysis. Both of these problems remained unsolved especially for the green classes such as vegetation, forest etc. This study proposes a methodology to identify the best suitable gridding system for green areas, where the relationship of scale for each gridding system is analyzed. The study grids a reference land cover/use map, where both square and triangle systems at 23 different scales are tested. The relative errors of each gridding system at each scale are found via comparing the areal results of each grid with the reference map. According to the achieved results, the triangle gridding system is identified as more accurate in providing areal representation. Furthermore, the developed model demonstrates the associated errors of each scale for both gridding systems. Thus, the developed model could be utilized to choose appropriate grid cell size according to the application. 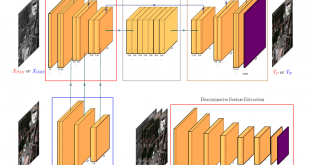